After the strange and unexpected vanishing of a young boy. The kids of a small town begin to reveal the secrets of a government lab. Gates to a different world, and evil monsters. Trying to help find him. Stranger things facts

That was a short description and now let’s see these 8 facts about Stranger Things.

1- Stranger Things is based on a real-life travel project :

There is no existence of any horror-beasts rampaging through quiet outskirt (of course), but Stranger Things is based on real theories about the US government managing reality-bending trials on children.
Especially, the Montauk Project. Most of what Eleven experiences in the lab match the alleged cases of the Montauk Project.

2- Stranger Things isn’t the first name of the show :

The show used to be called Montauk while it was in development and was set in a New York beach town. However, when they began shooting Atlanta they knew it wouldn’t fit the bill so they changed the location to Indiana.

The casting director Carmen Cuba and the Duffer brothers took a huge task of listening to 1213 child actors to pick and prepare the right people for what would be significant characters. They had them read scenes from the pilot episode. You can say that they stretched the net widest to find an actor such as Eleven.

Millie Brown, the girl in INTRUDERS, is terrific. Is it my imagination, or are child actors a lot better than they used to be?

When it is a huge competition like that for a role, it betters to have someone powerful on your side. Millie Bobby Brown had a big opportunity.
STEPHEN KING the American author of horror saw Millie in Intruders show of BBC, and publicly admired her work on Twitter, giving her huge support in the race to enter the show.

Dacre Montgomery is also known as Billy Hargrove in season 2. This character was like a reference to the classic villain Randall Flagg by Stephen King, who has been seen in some of the author’s fictions.
But in his audition, Dacre routed a lot of other demons. He read the pre-made scenes, but then added a song of Duran Duran in the middle of telling the scene where he tries to run down Max’s new friends, began dancing, went a little nutty, and then finished the whole thing with a new mustache and no shirt.
[adace-ad id=”1929″]
Ross Duffer said they let him in the show without requiring to fly him out to LA.
“I’ve watched thousands of tryouts now, and it’s by far the craziest that I’ve seen,” Ross said.

In season 1, Millie wears a pink dress and a blonde wig in tribute to E.T., but the Easter egg is also a hint to her whole, mysterious character.
“The Duffer brothers informed me that the series that they needed me to follow was E.T. and that relationship among E.T. and the kids,” Millie said.
“I thought that was very interesting, and The Duffer Brothers were like, ‘essentially you’re gonna be an alien.'” Therefore, Eleven does more with body language than dialogue.

7- Millie once appeared to set covered in glitter:

While talking about the challenges of working with a youthful cast, the Duffer brothers choose to point to a story where production paused for a short duration of time because Millie showed up to set covered entirely in glitter. They didn’t discover where the glitter came. And No they never have to fret about that sort of thing occurring to David Harbour.

The Stranger Things creators bought a prop body from (Fractured FX), and when it came, they used it to scare Schnapp’s mom.
“We instantly took Noah’s mom alone, told her we had something to show her leading her into a dark closet where we had left this unbelievably realistic corpse of Noah,” the Duffer brothers said.
“After the first shock, she actually loved it.” Schnapp’s mom sat for photos with the fake body, which she later texted to her friends. 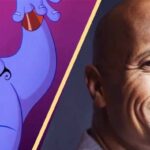 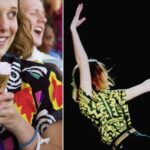