The Vampire Diaries Quotes, “Who Said It” Quiz

who said it vampire diaries quiz
The Vampire Diaries is a TV series aired on the CW Tv network in 2009. Filmed in a fictional city named Mystic Falls in Virginia, populated by Supernatural beings,
TVD mainly focusing on a romantic triangle between 3 characters which is Elina, and the Salvatore brothers Damon and Stefan.

These characters form a team in which they try to protect each other from possible threats they may be facing in a city full of paranormal.

What the viewer likes most about movies and series is the quotes that the actor pronounces, and the most beautiful of all is that Actors utter sayings in a way that attracts the viewer’s enthusiasm

This quiz contains 10 quotes taken from the Vampire Diaries.
You need to link the quotes to the right character who said it. if you remember of course!! Are you ready for this online quiz?

Feel free to share this quiz with your friends, it will be nice! 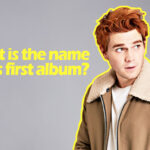 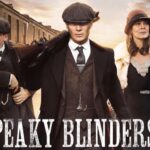