Tv show quiz
The Blue-eyed Beloved has appeared in many movies and TV shows and is one of the most popular American actors in the world. He started out as a model and worked with famous brands like Gucci before his career in movies and TV.

Appeared as Boone Carlyle in Dawson’s Creek, which was the required success for his career, and then in the popular drama series Lost. He is also a social activist and participates in social awareness campaigns; and an environmental activist with a keen interest in ongoing environmental changes and the scarcity of wildlife habitats. Also founded The Ian Somerhalder Foundation, which works to spread awareness about the environment. Ian Somerhalder is an American actor who has gained a huge fan base after playing the vampire Damon Salvatore.

In this personality test, you plan a “home outfit” and we will guess your soulmate. 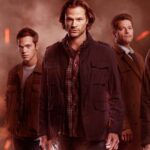