TV show Trivia about Supernatural Character “Castiel” often shortened to Cass. First appeared in season four, it’s the Angel of the Lord who helped Dean Winchester out of hell.

It was his duty to help stop Lilith from breaking the sixty-six Seals that, if broken, would free Lucifer from his cage in Hell. When Cass discovered that the angels wanted to release Lucifer anyway. He defied his angelic brethren and died trying to assist Dean to prevent Sam Winchester (Dean’s brother) from breaking the last seal.

Related: Are You Team Sam Or Team Dean Winchester?

This tv show trivia is focused on Supernatural’s Beloved character “Castiel” it includes a set of questions related to the events that revolve around him. How much do you know about this character, will you be able to get the full mark on this test?
Do you think you are a real fan of this series, or not? 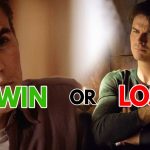 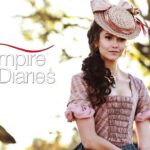