The events of the originals series revolve around three siblings, Klaus “Joseph Morgan”, Elijah “Daniel Gillies” and Rebecca “Claire Holt”. They belong to the Mikaelson family, known as the originals, due to being the first vampires in history. Niklaus “Klaus” Mikaelson is the son of “Esther” a witch and “Ansel” a werewolf, whose hybrid nature and vampire function have been unleashed.

The Originals Season 1 begins when the original brothers return to New Orleans for the first time since 1919. The city in which they built the French Quarter, and which they had to abandon when they fled from their vengeful father Mikael “Sebastian Roché”. And during their absence from the city, Marcel “Charles Michael” took over it. Meanwhile, Klaus decides that they must reclaim the city that used to be theirs. They must also protect their city from an impending war between vampires, werewolves, and witches. Over time, new and old friendships will form, some things change, and the originals know a lot about what happened to their families in the past. But Klaus in the meantime is waiting for an important event in his life.

Related: Time to Find Out Whether you’re a Mikaelson or a Salvatore?

The Originals season 2 deals with the return of Klaus and his family, the dangers threatening them, and the way they used to deal with those risks. While the third season shows that the Mikaelsons are facing a lot of news that confirms their downfall. And about that old generation of non-original vampires who have been seeking revenge against them, for nearly a thousand years.

At the end of the originals series, in the final season, the Mikaelsons face the old danger while meeting with their family members.

Now here’s an Online quiz to Discover Which Female Character Are You From The Originals. 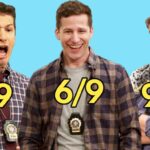 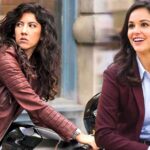