Supernatural online quiz: Princes Of Hell Supernatural, Which Prince Of Hell are you

The princes of Hell were the first generation of demons in the demonic hierarchy of Hell, they ranked among the highest levels, and were only surpassed by the original demon Lilith.

They were originally generals of the armies of Hell, but they have since been separated from Hell, choosing to live on Earth instead.

Celebsarea made a special Supernatural online quiz that covers the princes of Hell of The CW Television Network’s drama and horror television series Supernatural. Answer all the questions in this quiz, and when you finish, you’ll discover which Prince of hell are you! 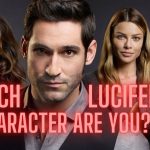 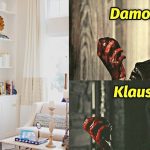