Supernatural Online Quiz: Which Character Is Your Soulmate?

People often tend to ancient stories and myths that contain paranormal events, outside of the daily routine of reality, as they try to explore things beyond nature and understand some of the hidden powers and creatures that were in ancient times.

Supernatural TV series presented us with a show that contains many characters and mythical beings mentioned in the old stories. And trying to combine them with reality. Which made the series very distinct and won a wide audience of different age groups.
The great success of “Supernatural TV series” has made most of the fans driven by imagination to immerse themselves in the events of the series, as they borrow the roles of many of the series’ characters.

Related: Only Big “Supernatural” Fans Can Get 7/8 on This Hard Quiz

Based on your personal choices in this test, we will reveal to you your soulmate from Supernatural. 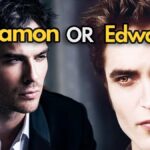 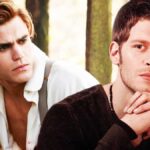