Before the Supernatural characters’ costumes quiz, a brief introduction. Supernatural is an American television series by writer and television producer Eric Kripke. That first aired on September 13, 2005, and is one of the longest-running Si-Fi/Fantasy TV series in the United States. sadly the beloved show is concluded on November 19, 2020. After 15 seasons (15 years and 2 months) It’s the last round to save people and catch supernatural things.

The popular series began with the adventure of the Winchester brothers Sam and Dean, who travel across America in a black 1967 Chevy Impala to investigate and combat supernatural events and other unexplained things, many of which are based on American urban legend and folklore as well as supernatural classics such as vampires, werewolves and ghosts.

As previously mentioned, after 15 seasons of the fabulous series, the Supernatural costumes design of the characters had an important role in the events of the story, especially since each has a costume that distinguishes it from the rest of the characters,

In this quiz, we will show some characters’ costumes, so you can identify who’s wearing each costume. Have fun! 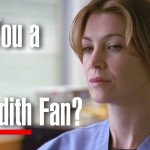 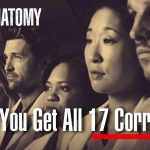