Fun facts you may not know about Riverdale. Before the personality Test. Riverdale on Netflix

Actor “Cole Sprouse” was called to audition for the character of the hero “Archie”, but after reading the script he fell in love with “Jughead Jones“, and asked to audition for him and he was chosen to actually play the role.

Actress “Madelaine Petsch”, who plays the role of “Cheryl Blossom”, faced severe difficulty during filming because she is afraid of water bodies, and since in the first season of the series she appears in many scenes in the river, it was a challenge for her, which makes filming very difficult for her.

Actress “Katherine Langford”, who became famous after her performance as “Hannah Baker” in the popular series “13 Reasons Why”. Auditioned for the character “Betty Cooper”. But she did not get the role and this was fortunate for her. As she then participated in the famous series “13 Reasons Why” that gained her big fame.

One of the famous characteristics of “Archie” is his red hair color. Since “K.J. Apa “ actual hair color is black, so he used to dye it red continuously to play “Archie” in Riverdale Netflix.

Actress “Ashleigh Murray” was in high financial difficulty before the series, so that she did not have enough money to pay rent for her apartment and began to think seriously about ignoring her desire to work as an actress and search for another job. The role of “Josie McCoy” saved her to the fullest. And she played it very well.

Now, Let’s Play this personality test which will reveal your character based on foods you pick. Enjoy! 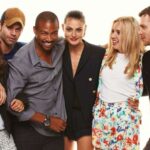 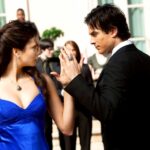