Based on your plans for a romantic dinner, we’ll tell you which Vampire Diaries male character you’ll Be With Tonight!

romantic dinner quiz
People naturally love unusual things, and this is what made “The Vampire Diaries” series distinguished and won many fans of all age groups and from all over the world, even though there are many stories about vampires, but “The Vampire Diaries” series combines drama that plays with the feelings of viewers, the supernatural, and fiction.
With remarkable efforts from the actors, they gave us a timeless “drama/fiction” TV show that suits all generations to come,
You can”t watch The Vampire Diaries without developing some feelings. And that left a mark in the hearts of fans, in this test we gathered some of the best-beloved male characters from the show including (Damon Salvatore), (Stefan Salvatore), (Klaus Mikaelson), and (Elijah Mikaelson), these four contributed to the series’ success significantly.

In this quiz, based on plans you make for a romantic dinner, we’ll tell you who your soulmate is from The Vampire Diaries series. 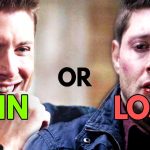 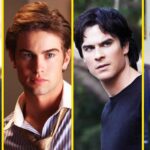