Outer Banks on Netflix is one of the new high-profile American teen dramas, set in North Carolina, about John B. (Chase Stokes) who is convinced that his father’s disappearance is not an accident, as he and his friends (called “Pogues“) dig into Deep seas to find the root of it all, whenever they notice they’re not the only ones searching for fortunes within the Royal Merchant and the first season was an absolute hit on Netflix streaming platform, leading to the series being renewed for a second season in late July 2020.

The main plot surrounds a tight-knit group of teenagers from the wrong side of the tracks. When a series of unusual events occur on the island, the Pogues, led by their powerful leader John B., embark on a mission to find his missing father and in the process stumble across… A treasure map reveals a long-buried secret.

Your playlist reflects your character, and in this quiz, we’ll see which OBX character matches your personality. 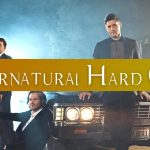