lucifer quiz
“Lucifer” TV series revolves around Lucifer Morningstar, a demon, who is bored and tired of being the lord of Hell. He gets involved in several matters, including a murder case with Detective Chloe Decker. Lucifer and Chloe Decker then fall in love with each other.

The story of Lucifer TV series revolves around the life of a demon. Who escapes from Hell after he was bored of his kingdom, goes to earth trying to find joy in the land instead of ruling the Underworld. Resigns from his position in defiance of his father, and abandons his kingdom to go to Los Angeles. Story begins with lucifer owning a nightclub called Lux, he tried to help the Los Angeles Police as a civil advisor in arresting criminals, and during these events, he was exposed to interesting and exciting comic situations. The series discusses differently how the devil changes into a person who helps others and falls in love with Detective Chloe Decker.

Which character do you deeply desire to match with? 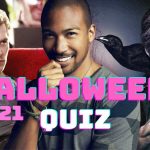