Netflix always produces dozens of works every year, but only one stays in the hearts and minds of viewers. As for the work of 2020, I think the third season of “Dark” series is the work of Netflix this year. The series quickly made a name for it, as it got a huge popular base after only a few days passed. From the first season on the platform in 2017. Besides its strength in terms of technical elements, its strength is also that it is the first series in German, within the original Netflix works package In its entire history.

On June 27, 2020, the third and final season of “Dark” series was released on Netflix, and today we will talk about it.

In “Dark” Series Season 3, we complete where we finished in Season Two. The idea is that events escalated from the first season to the second until we found ourselves in front of the end of the world. That end, which occurs right after Charlotte’s fingers come into contact with Elizabeth. Basically they are in the position of mother and daughter for themselves, and this was already interpreted in the second season in an opaque way. But this season we are better aware of everything.

You may also like:  Which ‘Dark’ Character Are You? Netflix TV Series

When the apocalypse occurs, some characters hide in Bunker, while others whisper on their face in the fabric of spacetime. For example, we saw Jonas (the stranger) taking a group of teenagers to a different time. And we also saw Katharina go to the cave and proceed to another time. So there was ample ground to start the events of the third season of its turn, but no. There is always something to be expected.

Season 3 begins with three characters, all with the same scar on the face. That is, there is a personality, with three different ages: the child, the adult, and the old.

These characters suddenly enter to burn the painting, which is stacked with pictures of the four family members. In a clear indication that everyone’s death is something that appears to happen in this season. But will this really happen? Will Dark’s story obey the audience’s expectations? This is what you will know when watching the 3rd and finale season of this amazing saga. 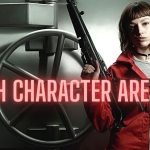 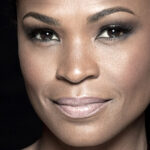