Grey’s Anatomy is an American television medical drama series produced by ABC, which first aired on March 27, 2005. It is considered one of ABC’s most-watched series in the United States and has won many awards.
The series has been shown all over the world and becomes a huge success. Until these words, Grey’s Anatomy season 18 is now airing with the first 3 episodes.

Related Quiz: How Well do you know Grey’s Anatomy?

The events of Grey’s Anatomy Show take place inside the corridors of the surgical ward of a teaching Hospital. Throughout the whole series this hospital’s name has been changed 3 times, Seattle Grace Hospital, Then Seattle Grace Mercy West Hospital, and eventually the hospital’s name is Grey Sloan Memorial Hospital.
Grey’s Anatomy presents the diaries of a group of educated medical students who specialized in surgery without defining a specific surgical specialty that we get to know over the course of 18 seasons. 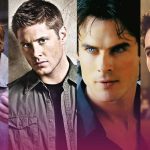 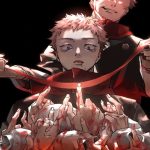