Find out who your teen wolf friend would be: Scott or Stiles.

Teen Wolf TV series revolves around Scott McCall, a high school student who is accidentally bitten by a werewolf and tries to adapt to his new situation without anyone knowing. He is assisted in this by his close friend Stiles, and his girlfriend Allison. All this and in addition to trying to escape from the werewolf hunters.

Teen Wolf first aired on June 5, 2011, and fans were wrapped by their characters. It can be said that most of the fans were divided into two teams. With the first team preferring the (Teen werewolf) Scott McCall (Tyler Posey), and the second team preferring the werewolf’s best friend Stiles Stilinski (Dylan O’Brien). Viewers couldn’t get enough of the famous duo, as they worked together to battle evil forces and protect the citizens of the Beacon Hills.

Who do you belong with between these two inimitable characters? Are you destined to be with a selfless wolfman like Scott or Stiles his smart and loyal friend? Taking this supernatural test is the only way to get the answer. Answer honestly and you’ll find out exactly which Teen Wolf character do you belong with. 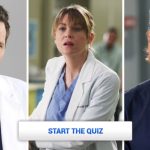