Hard Quiz! Do You Belong To “TVD” Or “The Originals”?

Hard Test, “the vampire diaries” and “the originals”

A brief summary of The vampire diaries

The Vampire Diaries series is one of the most famous fantasies and paranormal television tv shows. It is a television series whose first episodes were broadcast for the first time on the CW Tv network 11 years ago in 2009. The series was filmed in a fictional city called Mystic Falls in Virginia, this city is inhabited by supernatural beings,
TVD mainly focuses on a romantic triangle between 3 characters namely Elina and the Salvatore brothers Damon and Stephan.

A brief summary of The originals

The Originals is one of the series that has earned a place in the world of television, a fictional American drama TV series that started broadcasting its first episodes on The CW seven years ago, on October 3, 2013.
It is considered a hard test as it combines two of the best TV series “TVD” and “The Originals” 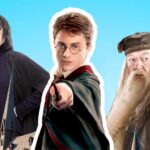 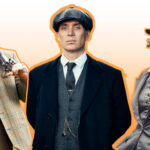