Brooklyn Nine-Nine Character quiz
The characters in Brooklyn Nine-Nine are played extremely well by their talented cast, giving us the best comedy/romance police series ever. One of the main characters is Jake Peralta, he has no interest in rules but is a very clever detective. Then there’s Charles Boyle, Jake’s best and loyal friend, a hard-working detective. He’s an extroverted man who likes to share the events of his life, however embarrassing they may be.

Amy Santiago, a smart sergeant, loves her job and is extremely observant. She puts a lot of respect for her co-workers, especially Capitan Ray Holt, her “mentor”

Related: What Percent Rosa Diaz Are You?

The fun cannot be complete without Rosa Diaz, a clever and secretive detective, who is a badass at the 99th precinct that even Lt. Terry Jeffords the big muscular man, scares her sometimes.
Last but not least, Detectives Scully and Hitchcock are pretty much useless.

We have a Quiz for you to find out which Character from Brooklyn Nine-Nine are you “accurately” based on 10 questions. 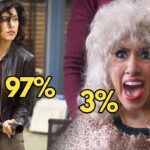 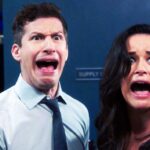