Sergeant Amy Santiago played by “Melissa Fumero” is one of the main characters of the show. She is also a former detective. Amy is always anxious to impress everyone, she is looking for an instructor/mentor to guide her to accomplish her dream which is being the youngest captain.

Detective Rosa Diaz played by “Stephanie Beatriz” is also one of the main characters. She is recognized as “the tough guy” and “badass”. Rosa is smart, scary, quiet, and hard to read. Almost all of the crew of the precinct are scared of her. Rosa enjoys the fact that no one knows her pretty much. Jake Peralta, also one of the main characters and most hilarious, only knows 3 facts about her, one of them is that she won’t let anybody crash at her place, notwithstanding the fact that Rosa points to him as her closest friend.

Let’s play this quiz to find out which one of them is most like you. 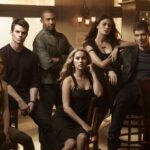 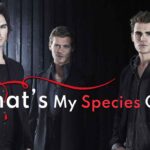